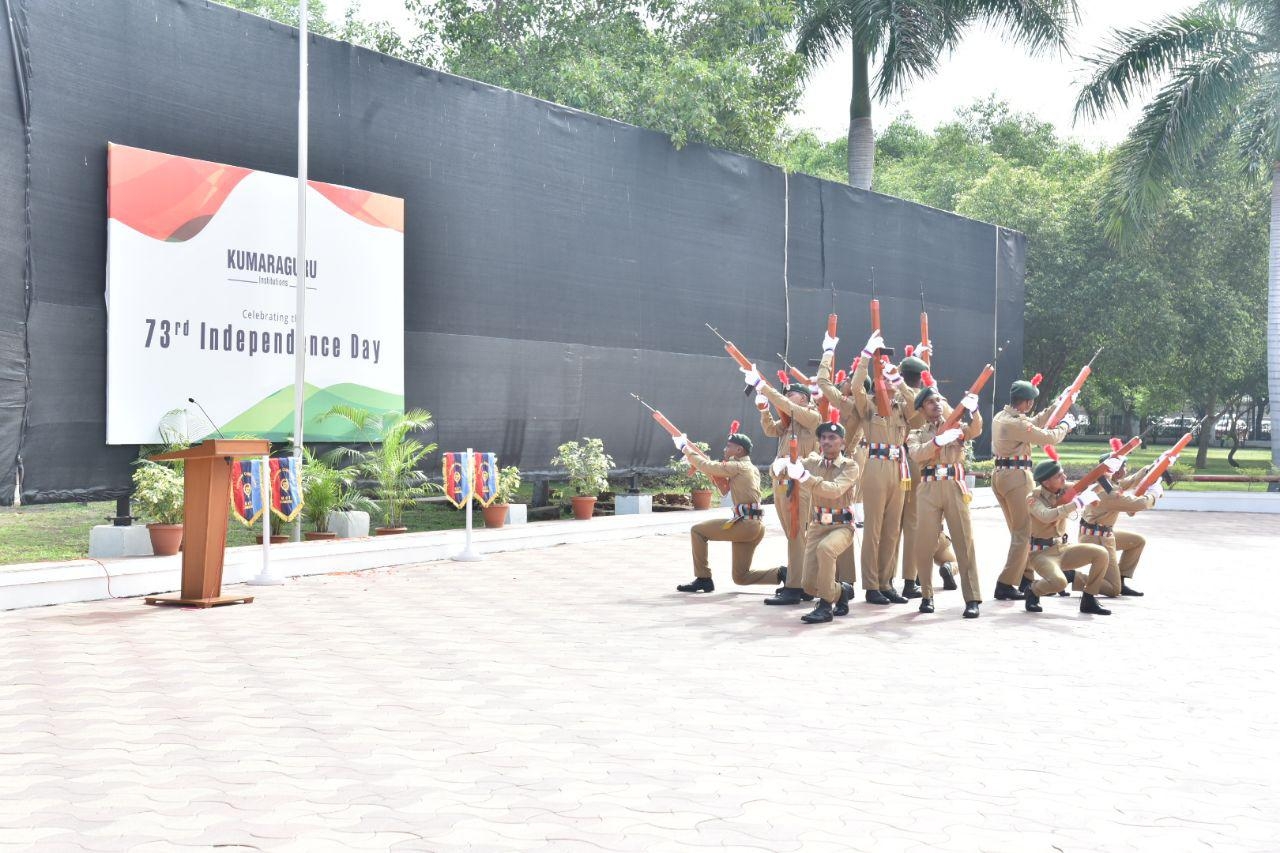 We as a nation celebrated 73 years of independence on 15 August. When we take a moment to think what has constituted today’s nation is the Independence that our freedom fighters earned for us. Shri Shankar Vanavarayar, Joint Correspondent, was escorted by the NCC Cadets to the flag pole where he unfurled the tricolor. Following the National anthem, Shri Shankar Vanavarayar in his address, ardently elaborated on the supreme sacrifice of the great leaders & freedom fighters and the social responsibility that every young Indian owes to work united towards a progressive India. He praised our Alumnus Late.Squadron Leader H.Vinod, who sacrificed himself for our nation. He personified this with the statement "We must use our figurative and literal weapons to strive hard together for the development of our nation." The NCC cadets performed the parade and the students from Agam Club kept the audience enthralled with their Yogasana performance. This was followed by the roaring sound from Team garage which left the audience astonished with their robust performance. The event was even more enlightened with the presence of Captain Prithvi Pandian, Aeronautical alumnus of 2016 batch who currently serves our nation in Punjab.

Signup with KCT Alumni Association and get Connected with Alumni Network

Download our Mobile Application get Synced with the Alma Mater